The 113 records and 13 albums and their positions on this “Keener Hits of 1968” Music Guide were determined by mathematical computation, considering each record’s and album’s position and duration on each of the WKNR Music Guides during the past 52 weeks and does not necessarily reflect the comparative sales of these records and album.

52 YEARS AGO THIS WEEK

— In Memory of George Griggs —

A SPECIAL THANK YOU

A sincere, thank you, Mrs. Patti Griggs. This featured presentation would have not been possible without your generosity and your continuous support.

‘A TRIBUTE TO MIKE WHORF’

In closing out the year, we pay homage to WJR broadcasting legend Mike Whorf, who passed away in November, at the age of 88.

In wake of his passing, Kevin Collard, former producer at WJR for over 16 years, created and produced a special two hour tribute to the award-winning  “Kaleidoscope” program host. We found Kevin’s tribute he featured on his ‘Soul Encountered‘ podcast page (see our Blogroll link) just four days after Mike’s passing, on November 14.

Kevin Collard also worked with over 30 hosts at WJR (not to mention Mike Whorf) including: Paul W Smith, Ken Calvert, David Newman and wrapping up his career there working with Frank Beckmann in 2009. Kevin also stated he did production work for Larry Patton, John McCullough, Kevin Joyce, Mitch Albom and other luminaries affiliated with Detroit radio as well.

Earlier this month, Kevin shared his ‘A Tribute to Mike Whorf’ podcast with Motor City Radio Flashbacks. A professed “fan and follower of the site”, we are truly honored to share this beautifully produced, Mike Whorf rememberance, here, on our web page today.

For more on the passing of this WJR broadcasting legend, go HERE

Whorf attended Provincetown High School and upon graduation in 1950, enlisted in the United States Air Force where he trained as a radio announcer on the Armed Forces Network.

After military service, Whorf worked on the radio in Massachusetts and in Coatesville, Pennsylvania, where he met and married his wife of 49 years, Barbara Ann Brown. From the 1960s through the 90s, Whorf was part of a WJR Detroit line-up of radio personalities known throughout the Great Lakes region. Whorf’s Kaleidoscope topics ranged from politics to religion, from the arts to sports. In 1968, he was recognized with one of the world’s top media honors: the George Foster Peabody Award for his documentary on the life and work of the Reverend Dr. Martin Luther King Jr.

Mike Whorf also served during the mid-1980s as program director of classical station WQRS-FM in Detroit. While with WQRS, Whorf created the program “Quest for Excellence,” a juried music competition show for aspiring young talents broadcast live before a studio audience.

Aside from broadcasting, Whorf’s greatest joy was his life as a family man. He and his beloved wife Barbara and their son and daughters enjoyed traveling to the Eastern US for visits with many relatives. In their golden years, Mike and Barb were blessed to alternate time between overseas trips and watching their grandchildren grow.

Private services have been held.

A SOUL ENCOUNTERED: A TRIBUTE TO MIKE WHORF 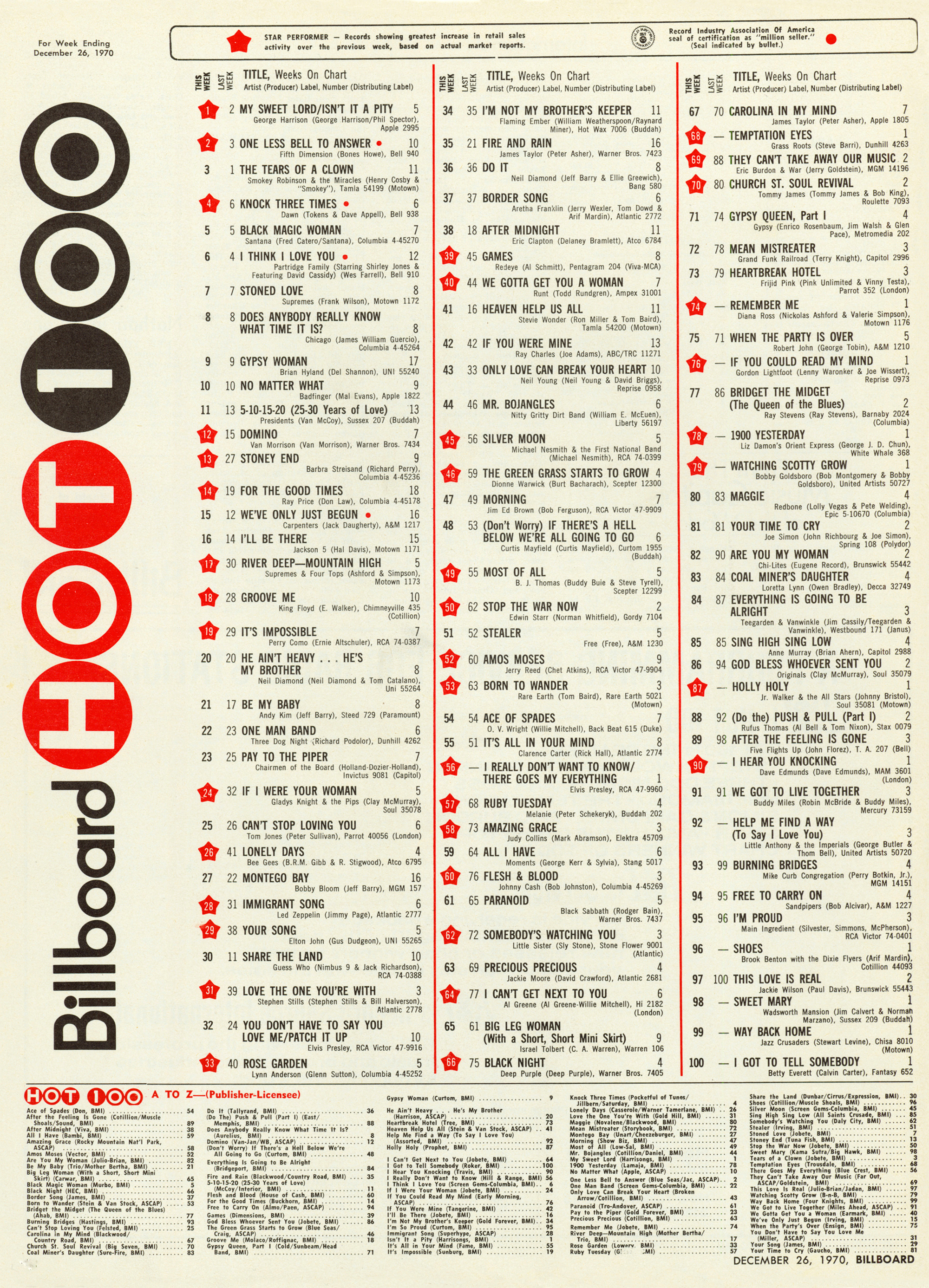 NUMBER ONE SINGLE IN AMERICA 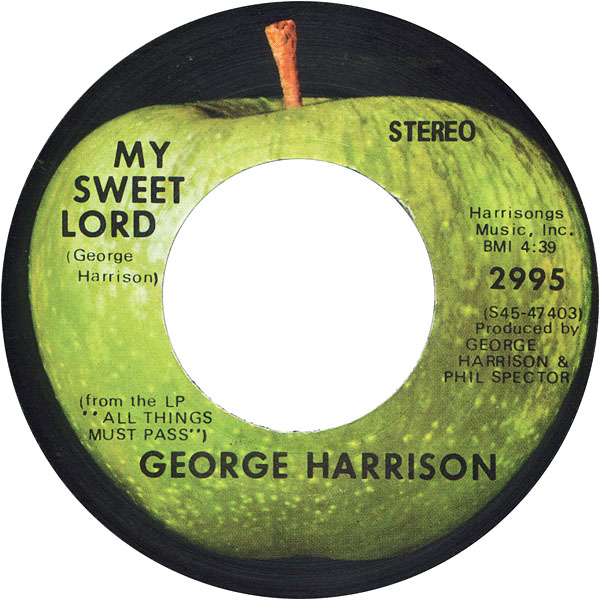 For our previous Billboard Number One U.S.A. Hits go HERE

The above newspaper ad feature was ‘clipped,’ saved, and digitally imaged from the credited source by Motor City Radio Flashbacks.

The above newspaper ad feature was ‘clipped,’ saved, and digitally imaged from the credited source by Motor City Radio Flashbacks.

‘T.A.M.I. SHOW‘ is a 1964 concert film released by American International Pictures. It includes performances by numerous popular rock and roll and R&B musicians from the United States and England. The concert was held at the Santa Monica Civic Auditorium on October 28 and 29, 1964. Free tickets were distributed to local high school students. The acronym “T.A.M.I.” was used inconsistently in the show’s publicity to mean both “Teenage Awards Music International” and “Teen Age Music International”.

The best footage from the two concert dates was combined into a film, which was released on December 29, 1964. Jan and Dean emceed the event and performed its theme song, “Here They Come (From All Over the World)”, written by Los Angeles composers P.F. Sloan and Steve Barri, the song erroneously asserting the Rolling Stones are from Liverpool. Jack Nitzsche was the show’s music director.

The film was shot by director Steve Binder and his crew from The Steve Allen Show, using a precursor to high-definition television, called “Electronovision”, invented by the self-taught “electronics whiz,” Bill Sargent (H.W. Sargent, Jr). The film was the second of a small number of productions that used the system. By capturing more than 800 lines of resolution at 25 frame/s, the video could be converted to film via kinescope recording with sufficiently enhanced resolution to allow big-screen enlargement. It is considered one of the seminal events in the pioneering of music films, and more importantly, the later concept of music videos.

T.A.M.I. Show is particularly well known for James Brown’s performance, which features his legendary dance moves and explosive energy. In interviews, Keith Richards of The Rolling Stones has claimed that choosing to follow Brown and The Famous Flames was the biggest mistake of their careers, because no matter how well they performed, they could not top him. In a web-published interview, Binder takes credit for persuading the Stones to follow James Brown, and serve as the centerpiece for the grand finale where all the performers dance together onstage.

The show also featured The Supremes during their reign as the most successful female recording group of the era. The group had three chart-topping singles from July 1964 to December 1964, with the album “Where Did Our Love Go” reaching number two. Diana Ross would go on to work with Binder on several of her television specials, including her first solo television special and her famous Central Park concert, Live from New York Worldwide: For One and for All.

Throughout the show, numerous go-go dancers performed in the background or beside the performers under the direction of choreographer David Winters. Among them were Teri Garr and Toni Basil. According to filmmaker John Landis’ DVD commentary for the film’s trailer, he and fellow seventh grade classmate David Cassidy were in the audience for the show.

In 2006, T.A.M.I. Show was deemed “culturally, historically, or aesthetically significant” by the United States Library of Congress and selected for preservation in the National Film Registry.

The Barbarians The Beach Boys Chuck Berry James Brown and The Famous Flames Marvin Gaye (with backing vocals by The Blossoms) Gerry & the Pacemakers Lesley Gore Jan and Dean Billy J. Kramer and The Dakotas Smokey Robinson and The Miracles The Rolling Stones The Supremes

T.A.M.I. Show’s executive producer was Bill Sargent. Sargent held patents in cable television and is considered the father of modern pay-per-view. He was the developer of Electronovision and its associated videotape technologies.

Gerry and the Pacemakers “How Do You Do It?”

Billy J. Kramer and The Dakotas “Little Children” “Bad to Me” “I’ll Keep You Satisfied” “From a Window”

The Supremes “When the Lovelight Starts Shining Through His Eyes” “Run, Run, Run” “Baby Love” “Where Did Our Love Go”

During the VHS era, there had never been an authorized home video release of T.A.M.I. Show in its full, original cut, although bootlegs abounded. Most of the bootlegs were missing the Beach Boys’ performance. The Beach Boys had been deleted from all prints made after the movie’s initial theatrical run because of a copyright dispute. Selected numbers from the T.A.M.I. Show were edited together with performances from another concert film by the same producers, The Big T.N.T. Show, to create a hybrid work called That Was Rock. This film did receive a home video release from Media Home Entertainment’s music division, Music Media, in 1984. It was felt that the film was unlikely to be released due to the cost of obtaining the publishing and performance rights to the extensive lineup of artists. (All of the four Beach Boys songs from the show eventually surfaced on DVD in Sights and Sounds of Summer, a special CD/DVD edition of Sounds of Summer: The Very Best of The Beach Boys.)

On March 23, 2010, Shout! Factory released T.A.M.I. Show on a restored, digitally remastered and fully authorized DVD, with all performances, including The Beach Boys, included. (A DVD release of the complete film by First Look Studios was planned for 2007, but subsequently withdrawn.) 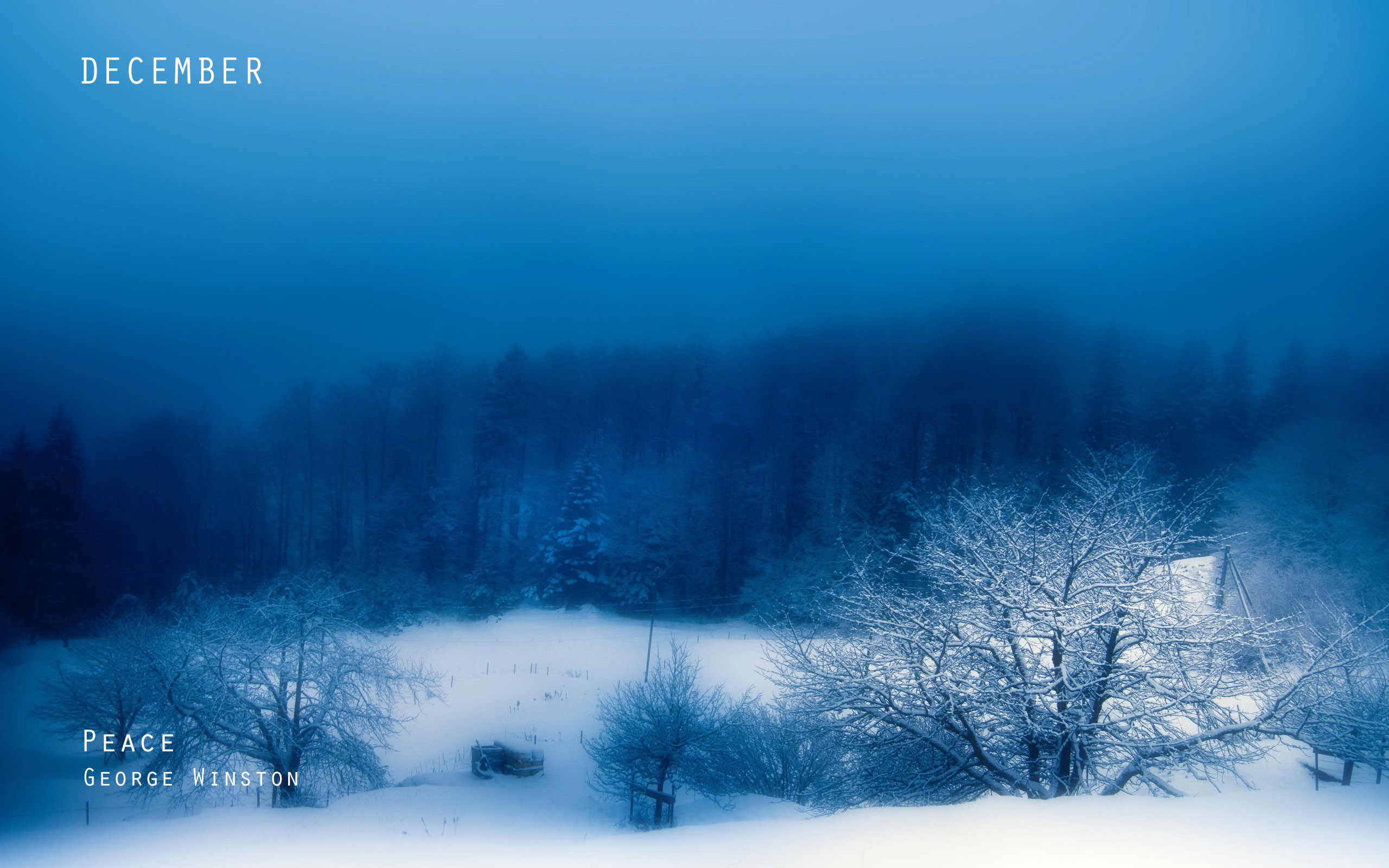 Peace is the twelfth piano solo by George Winston from his fourth studio album, December. The album was recorded during September-October of 1982 and was released at the end of the year. It is a Christmas album, and more generally termed a tribute to the winter season. The album also spent 136 weeks on the Billboard 200, reaching a peak of #54 in January 1984, over a year after its original release. In 1987, five years after its release, it reached #2 on Billboard’s Top Holiday Albums chart. “Peace” was written by George Winston. 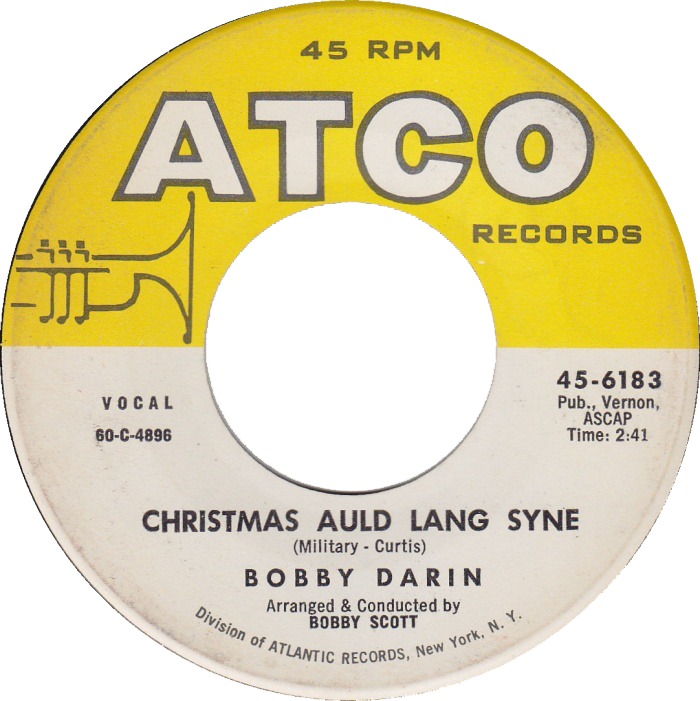 ‘The 25th Day of December’ is a Christmas album by American singer Bobby Darin, released in 1960. The heralded “Christmas Auld Lang Syne“, written by Manny Kurtz (d. 1984; wrote over 250 songs) and co-written by Francis Philip Military, made its debut on this album, and with backing of Darin’s vocals is the Bobby Scott Chorale. The track also was released on the Atco label as a single (6183) and released for the Christmas Holidays, debuting on Billboard, October 31, 1960.

— Christmas Memories From the Soundtrack of Your Life — 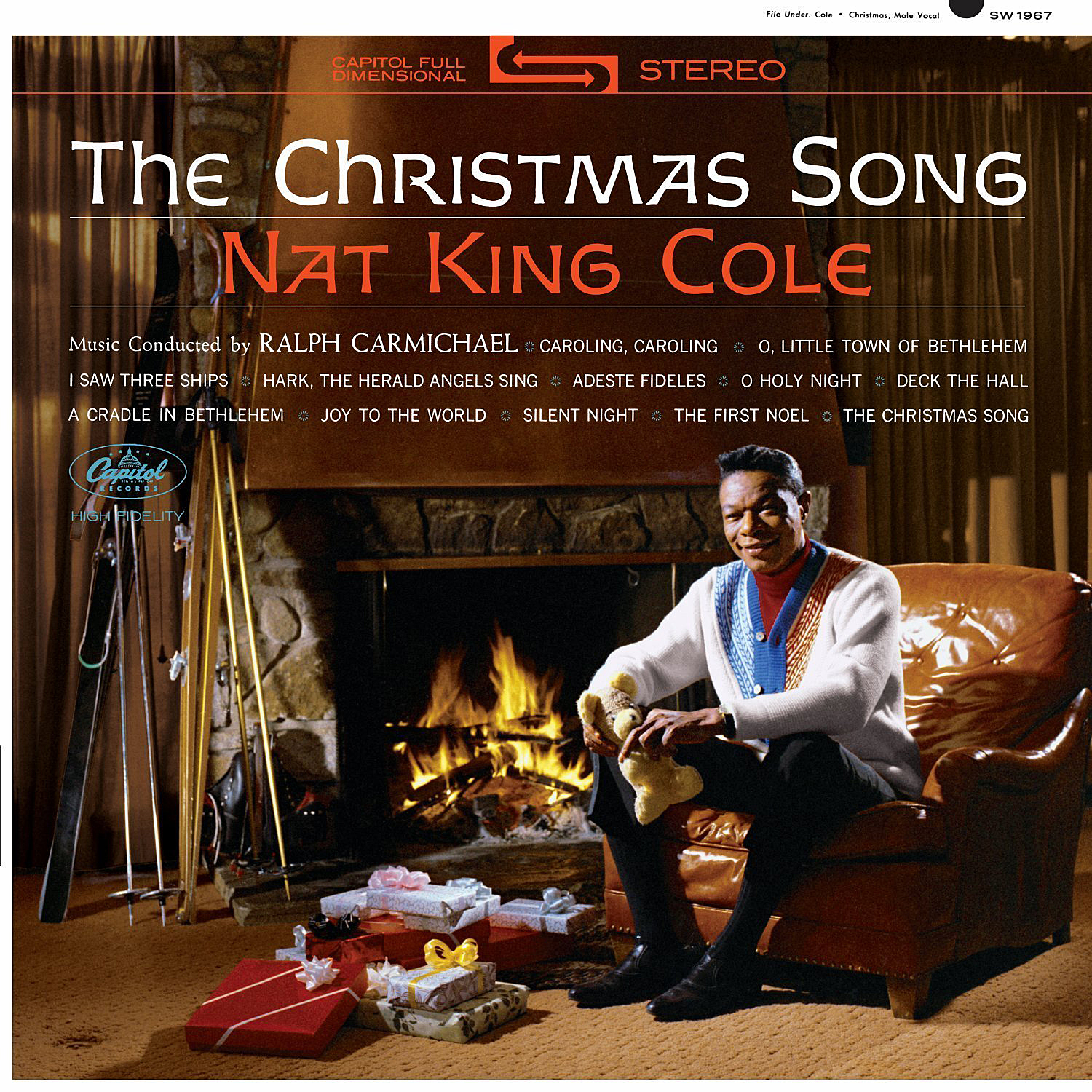 ‘The Magic of Christmas’ is a 1960 album by Nat King Cole, arranged and conducted by Ralph Carmichael. This was Cole’s only complete album of Christmas songs, although he had recorded several holiday singles earlier in his career. One of these, “The Christmas Song”, originally recorded in 1946, was re-recorded for the 1961 album The Nat King Cole Story. In 1963 The Magic of Christmas was reissued under the title The Christmas Song, with that recording added to the track list in place of “God Rest Ye Merry Gentlemen”, and with new cover art. It is the best-selling Christmas album released in the 1960s, and was certified by the RIAA for shipments of 6 million copies in the U.S. The 1963 version reached number 1 on Billboard’s Christmas Albums chart and remained for two weeks.

— Christmas Memories From the Soundtrack of Your Life —

Click on (COMPLETE LP) for the complete track listing on this album.

‘SEASONS’ GREETINGS FROM THE VOICES of KEENER’

FROM THE KEENER KEY MEN OF MUSIC . . .  MERRY CHRISTMAS!

SEASONS’ GREETINGS FROM THE VOICES of KEENER * DECEMBER 1965