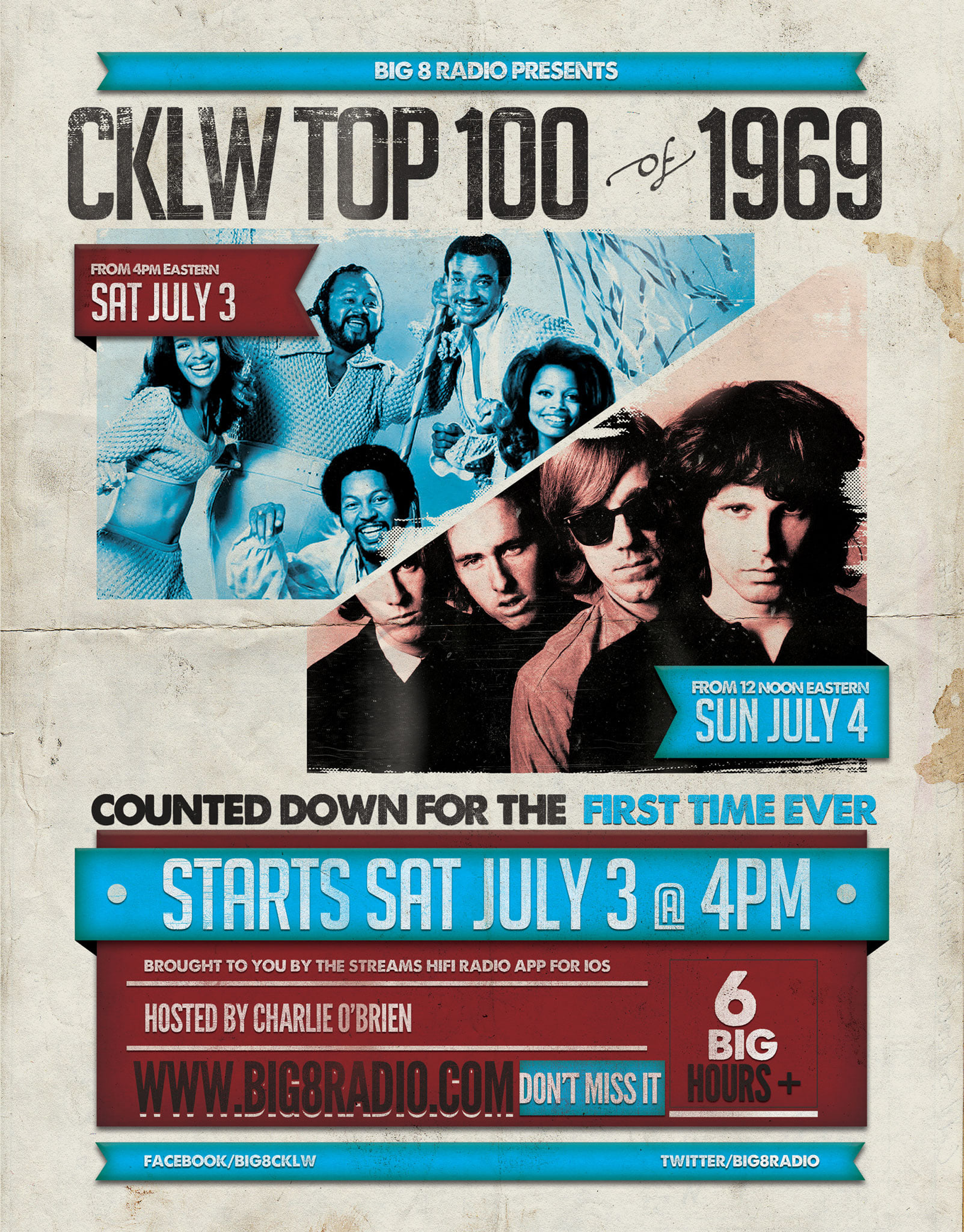 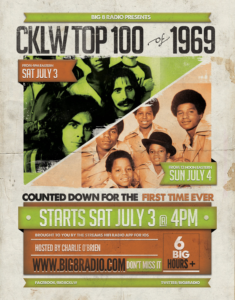 For the first time ever — Big 8 radio host Charlie O’Brien — will present the hits of 1969 as they were featured on CKLW throughout that memorable year. Beginning with song 100, all the way to the number one song on top, the countdown was tabulated from the weekly CKLW Top 30 Records charts from 1969.

The countdown starts Saturday, July 3 at 4 p.m., and encores on Sunday, July 4 at 12 noon. Another exclusive presentation by Charlie O’Brien and big8radio.com!

The Honor Roll of Hits comprises the nation’s top tunes according to record sales and sheet sales, disk jockey and jukebox performances as determined by The Billboard’s weekly nationwide sales.

The Billboard (week-ending) June 7-13 1956 Honor Roll of Hits featured 30 of the most popular radio air plays covering the four major Detroit pop radio stations on the AM dial in 1956.

ON YOUR PC? You can view this entire Billboard 06/23/1956 chart ENLARGED. For a larger detailed view click above chart image 2x and open to second window.

ON YOUR MOBILE DEVICE? Tap over chart image. Open to second window. “Stretch”chart  across your device screen to magnify for larger print view. 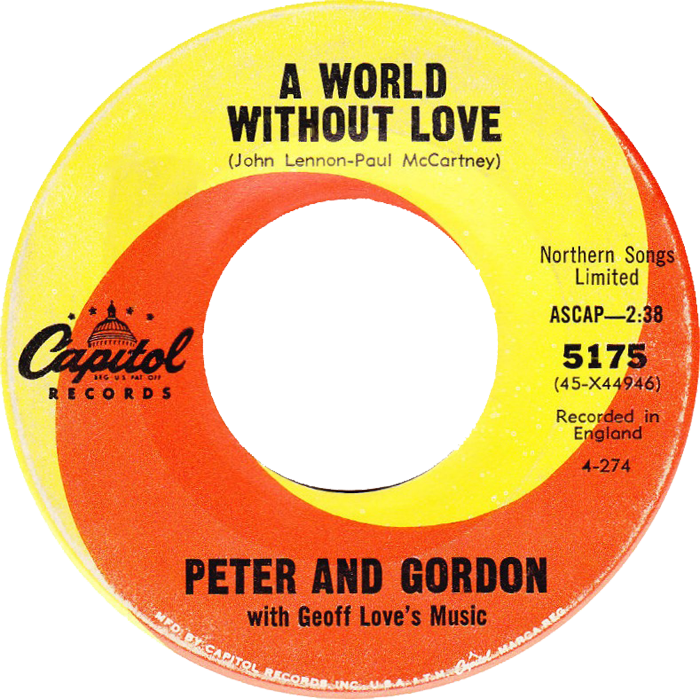 TWELVE WEEKS overall on the singles chart, “A World Without Love” by Peter & Gordon peaked at #1 this week (1 week) on the Billboard Hot 100. Beginning June 21 through week ending, June 27, 1964. (Source: Billboard)

For our previous Billboard 1964 Number One U.S.A. Hits go HERE

A special WKNR VOX/AMERICAN AIRLINES contest (promotion) Keener 13 featured in June of 1965. And which of the three WKNR DJs selected would you fly with? 🙂

— In Memory of George Griggs —

A SPECIAL THANK YOU

A sincere, thank you, Mrs. Patti Griggs. This featured presentation would have not been possible without your generosity, dedication, and your continuous support.

54 YEARS AGO THIS WEEK

ON YOUR PC? For a larger detailed read CLICK ON NEWSPRINT IMAGE and open to second window. Click image anytime to return to NORMAL image size.

ON YOUR MOBILE DEVICE? click image to second window. “Stretch” image across your device screen for larger magnified view. 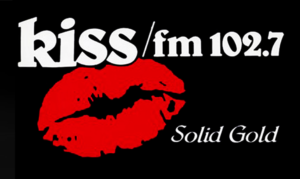 DETROIT — WLBS ended a brief experimentation with top 40 here Friday (November 9) when the station switched its call letters to WKSG and its format to oldies.

Now known as Kiss 102.7, WKSG has adopted the “Kiss Of Gold” format developed by veteran programmer and Detroit native Paul Christy. According to general manager Joe Buys, the new format focuses on music of the ’60s and ’70s, emphasizing Detroit artists and songs that were popular in Detroit in particular.

Program director Sergio Dean continues in that capacity. The rest of the staff will remain intact. However, Buys doesn’t rule out the possibility of signing longtime Detroit personalities: “We could use at least one person who understands Detroit’s lifestyle and characteristics.”

According to Buys, who joined the Inner City Broadcasting-owned station last month after a year in Chicago with Arbitron as central division manager, WLBS had undergone several format changes since its 1979 inception as a disco station.

After a lengthy stint with an urban format, the station switched to a “new music” orientation, which remained in place until last August. At that time, a Burkhart /Abrams-consulted “hybrid” hits format known as “the best of everything” went into effect.

“It didn’t work,” says Buys, noting that WLBS faced stiff competition for the top 40 market from Gannett’s WCZY and Capitol Cities’ WHYT. After researching and “evaluating the market’s holes,” Buys says, “we found ‘gold’ to be the biggest hole.” The Detroit area’s only other oldies station, he notes, is WHND Monroe, a daytime AM outlet which consultant Christy “got off the ground” in 1978.

“The baby boom generation is growing older, and they’re bringing their musical heritage with them,” says Buys. “We found an audience that wants updated gold, and they want stereo FM to hear it on.”

According to Christy, a 25-year radio veteran most recently with WCLS (formerly WABX) Detroit and currently consulting four other stations, WKSG’s ‘Kiss Of Gold’ format was “modeled for Detroit.”

“There is an emphasis on Motown music, of course,” says Christy, “as well as other artists popular in Detroit in the ’60s and ’70s.” In addition to better known artists such as Bob Seger, the MC5 and Ted Nugent, Christy says local favorites the Dynamics, the Wanted, the Velvelettes, The Gallery, Scott Richard Case and Tim Tam & the Turnons will be heard.

“I feel a cyclical backlash to top 40 coming on,” says Christy. “Artists like Prince and Cyndi Lauper are wonderful, but they’re played into the ground. WKSG’s new format, on the contrary, involves at least 3,000 titles, which is enough material so that there’s no repetition problem – with the advantage of built-in familiarity.” 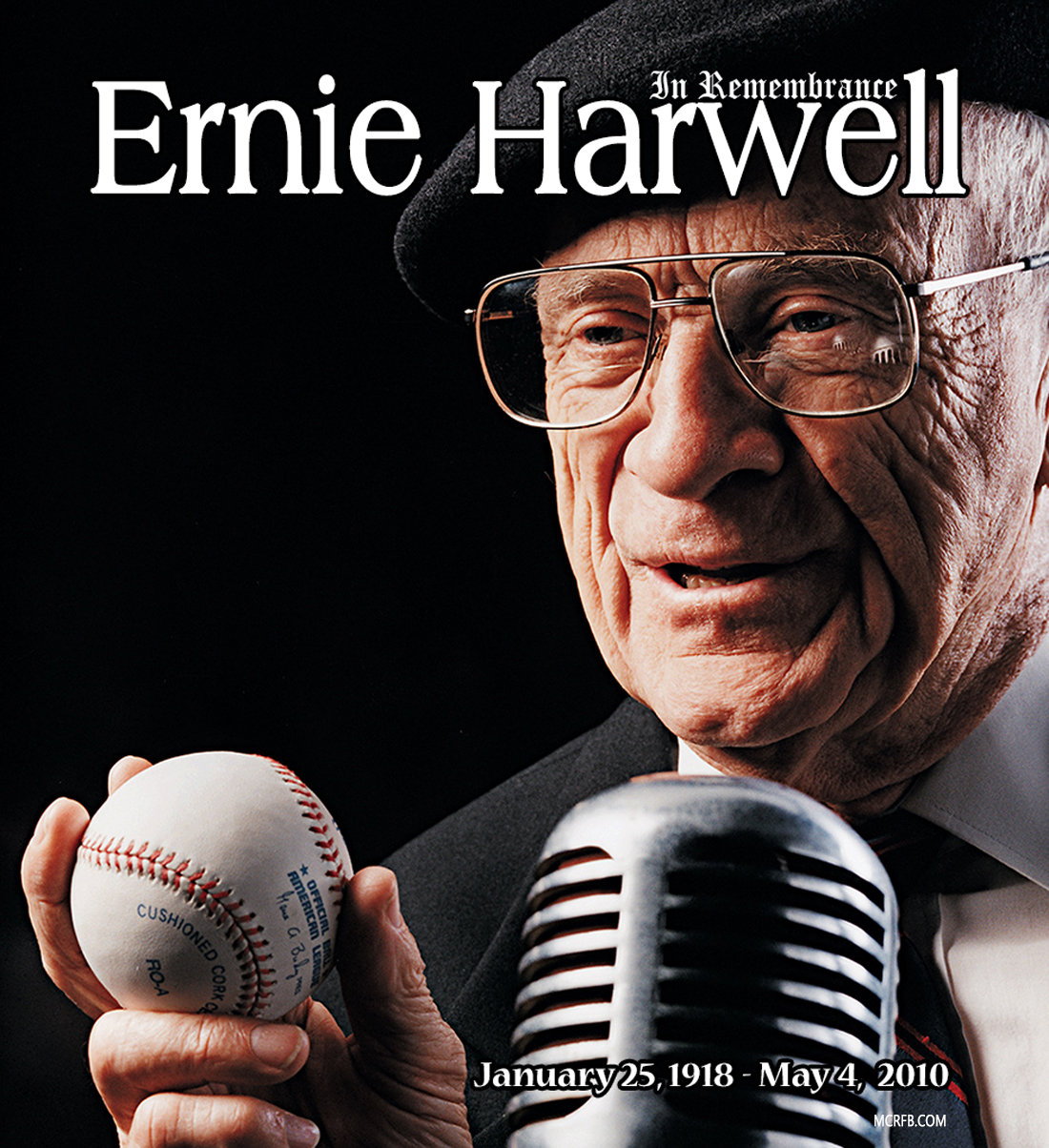 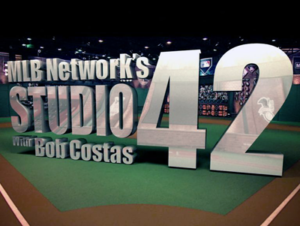 In October 2009, Ernie Harwell was guest star on MLB Network’s Studio 42 with Bob Costas. This featured interview was taped during the 2009 World Series, New York Yankees vs Philadelphia Phillies.

The broadcast was later televised on the MLB Network in November 2009. The program, ultimately, would be Harwell’s last known appearance on national television before he succumbed to cancer on May 4, 2010.